The number of pre-orders for Apple Watch breaks all records

Despite some concerns about the supply of Apple Watch. Even the unbelievers in the new device Apple will have to admit. And for good reason. According to Slice Intelligence. Only 10 April, the number of hours. It was pre-orders is about 1 million, to be exact 957.000. Of course, these figures are not official. And may differ from actual figures. But these volumes presales dazzling.

And it really is. Sales of the new device from Apple hit. Let’s look at sales analyst. Just sit down. And that information may shock you.

Analytics sales provided Slice Intelligence. Based on obtaining data from 9,080 online shoppers in the US. The report notes. About 71% of buyers chose Apple Watch with a large body size (42 mm). Approximately 32% of customers pre-order the sports watch collection. And bought the clock with 38 mm. 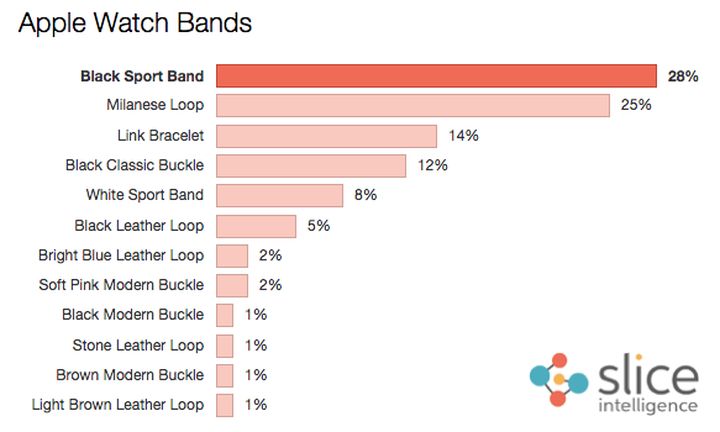 In addition, each customer Apple Watch spent an average of $ 503.83. The number of sales Apple Watch Edition is not specified. Among bought Apple Watch. About 72% of Apple’s products have gained over the past 2 years (iPhone, Apple computer or iPad).

It is reported that about two-thirds of all buyers (62%) ordered Apple Watch Sport. The most popular model proved to 42 mm watch with gray strap. Exclusive leather straps were neglected by the company’s customers.

Interesting information, it is difficult to say how they were reports statistics. But those figures that they give. Amaze. In fact, it was believed that the sale hours are not so hot. But as seen in the statistics, a lot of people wrong. We will wait for the next analysts.