MiVue R25 is one of the few in the Russian market, embedded in the rearview mirror. It solves one of the most difficult problems associated with the use of the DVR – the problem of placing the device in the car. Installed in the new car does not restrict the driver’s view and does not preclude the use of solar canopies. The screen is drained off with the mirror, it is not standing on its surface.

DVR Mio MiVue R25 extends the functionality of the rear view mirror. Novelty is equipped with a reliable mount for easy installation on the “native” rear-view mirror, built-in display and touch panel.

The gadget keeps a record of everything that happens behind cars in Full HD-quality with 1080p technology H.264. 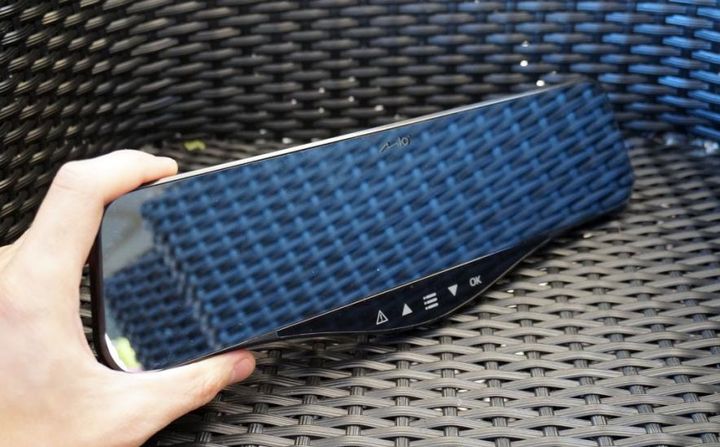 In MiVue R25 uses an optical system consisting of 6 glass lenses with a high sensitivity. The aperture of F1.8 aperture allows you to display a large amount of detail even in minimal light. Wide-angle lens with a viewing angle of 130 degrees ensures that no “blind spots.” 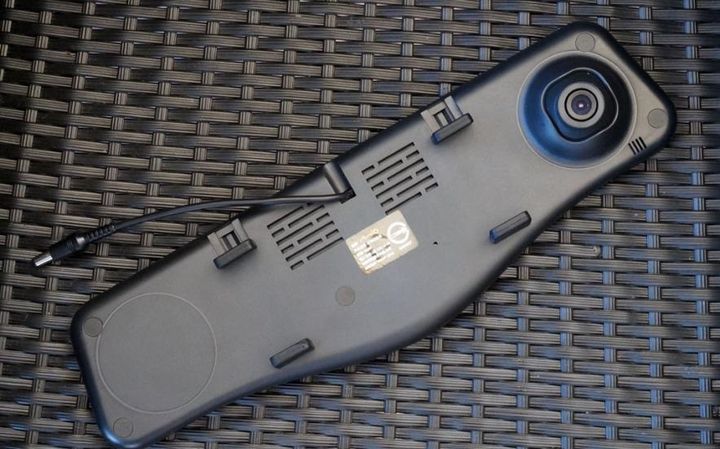 The device can be “seen” even in cases where the accident occurred outside the field of view of the camera. Three-dimensional shock sensor records the direction of motion in the form of a wave chart and allows you to set the direction and nature of the impact. He’s at the time of the collision remains protected from erasing the video file for later analysis.

MiVue R25 is equipped with a polarizing filter, which absorbs the reflected rays and provides a clear picture to the lack of light reflections from glass and headlights of oncoming vehicles. Sales of car DVR Mio MiVue R25 will begin approximately in mid-September. 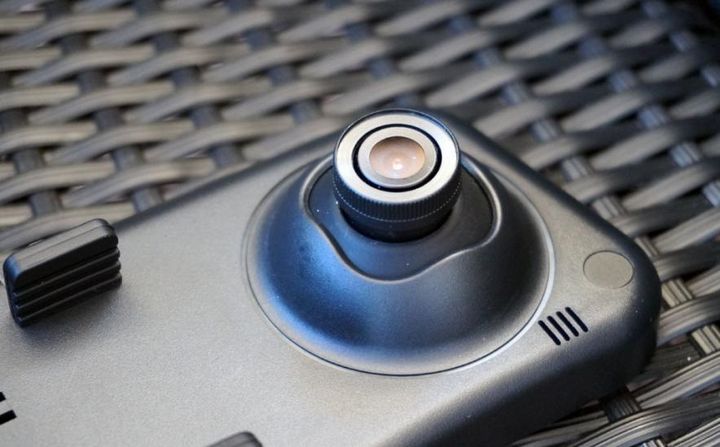 Mio MiVue M300 will be a godsend for the motorcyclist, bicyclist, pedestrian, snowboarders, while hiking or walking. NEW resembles a small flashlight. It is designed in a cylindrical shape, length 101.7 mm diameter 33.9 mm and weighs 95 grams. Mounting Kit allows you to place Mio MiVue M300 and on the helmet of the rider and the forearm, and on the strap backpack or bag. Furthermore, the device has a waterproof class IP X8, which makes it possible not only to use in adverse weather conditions, even under water. 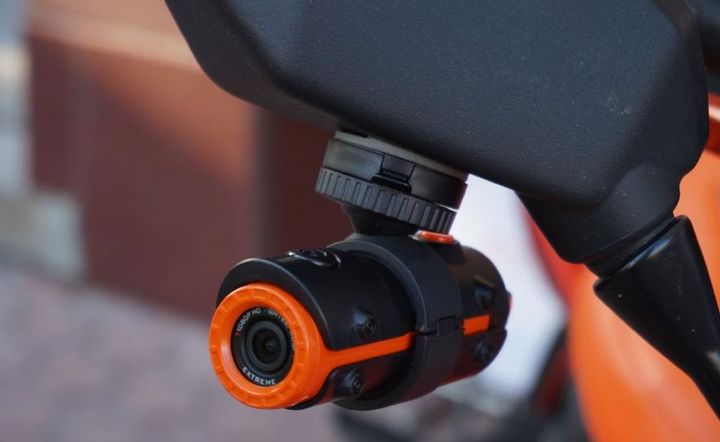 Mio MiVue M300 does not require a permanent connection to the power source. Lithium-ion battery with 650 mA provide a stable operation of the device for two hours. The established a motorcycle DVR can be connected to the power-supply through the cigarette lighter socket. 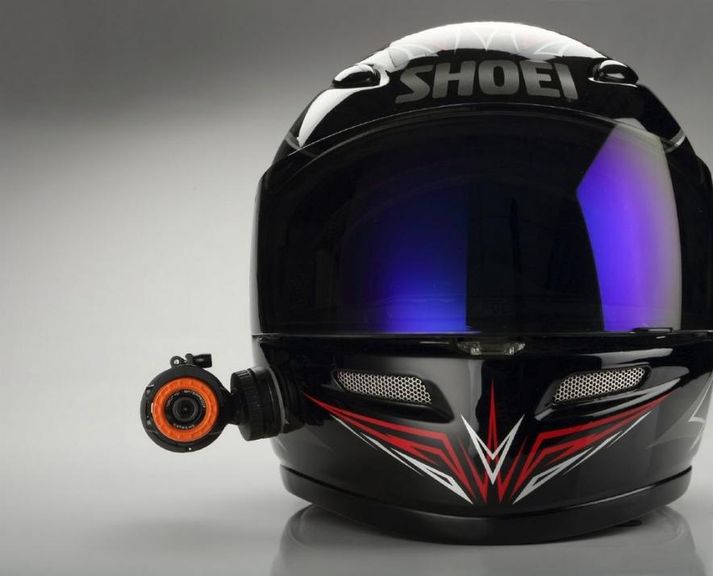 5-megapixel camera and a light wide angle lens can record video with a resolution of Full HD 1080p (1920 x 1080 @ 30 fps) format H.264. The camera angle when recording video at 120 degrees. Photographing Mio MiVue M300 is in JPEG format with a resolution up to 2592 x 1944. White balance and exposure device determines automatically. Sound is recorded with the built-in microphone mono mode in the AAC format. 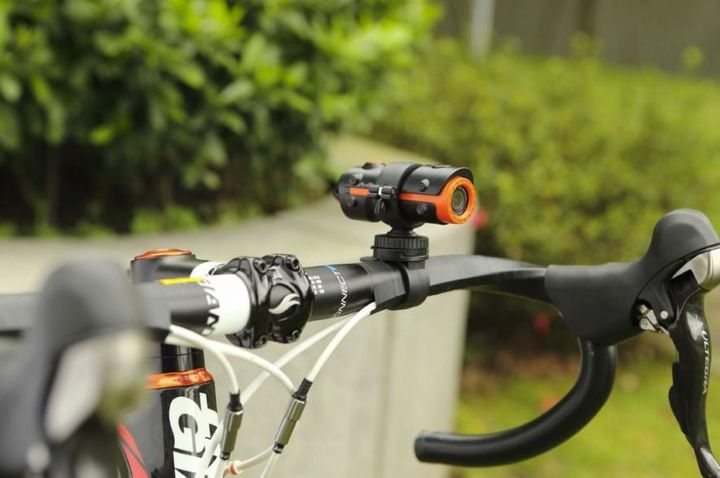 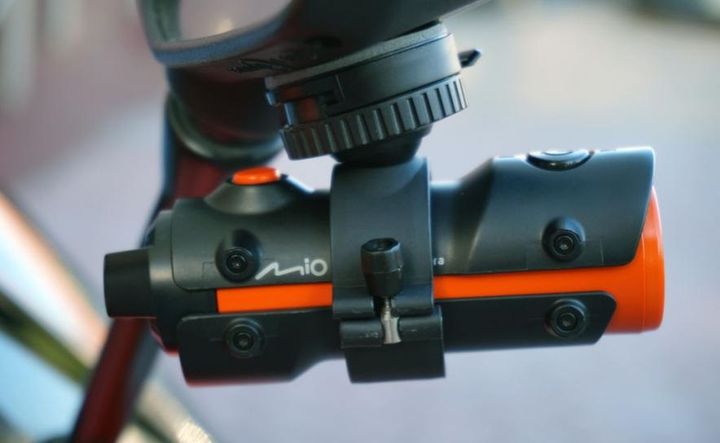 Presentation of products on the Russian president personally attended by Mio Technology Steve Chang (Steve Chang) – underlining the importance of these products for the company.