MEIZU presented the budgetary smartphone with support for LTE

Meizu company recently introduced a low-cost planshetofon m1 note, reservations which already can be issued. Now, the Chinese manufacturer has announced another smartphone from the same line, the name of which disappeared word Note – Meizu m1.

The smartphone has a 5-inch display with a resolution of HD + (1280×768 pixels), covered with glass Corning Gorilla Glass 3, 64-bit quad-core MediaTek MT6732 processor with a clock speed of 1.5 GHz and a graphics accelerator Mali-T760, 1 GB of RAM and 8 GB of internal expandable (support up to 128 GB) of memory, 13-megapixel main and a 5-megapixel front camera. There are GPS, GLONASS, Bluetooth 4.0, LTE. Unfortunately, the Russian frequencies fourth generation networks will not be supported.

Weight is 128 grams of new items, and battery – 2610 mAh with a thickness of 8.9 mm, dimensions smartphone – 72.1 x 140.2 mm. The smartphone looks very similar to the older model m1 note. The only notable difference, besides the size, is the new color (mint), recently demonstrated in the leak. 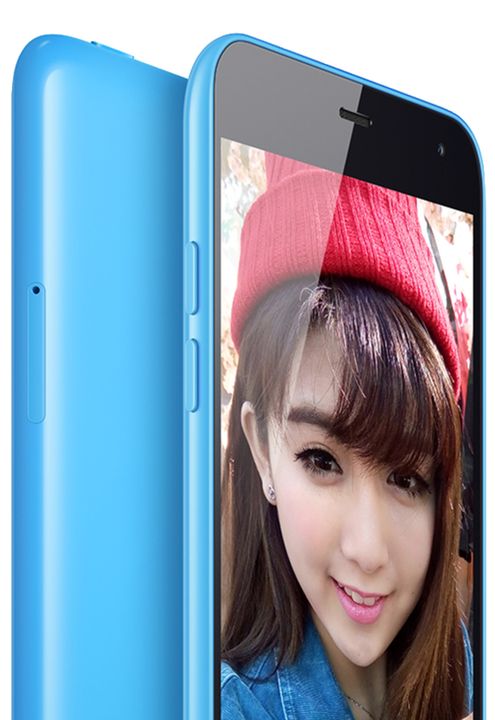 The device is clearly aimed at young people, which for a small cost gets access to the networks of the fourth generation, a large palette of colors to choose from, as well as a front camera, which will make the self in a higher resolution than most low-end phones.

Chinese manufacturer Meizu works tirelessly. Just in September was presented to the flagship Meizu MX4 (Overview), in November, the audience saw an advanced version MX4 Pro (review), and in December, the company demonstrated above mentioned m1 note. Now there was a smaller version of the latest Meizu m1, which will surely help manufacturers increase their market share. Price trends in the local market will be 699 yuan, pre-orders will be accepted from February 5.