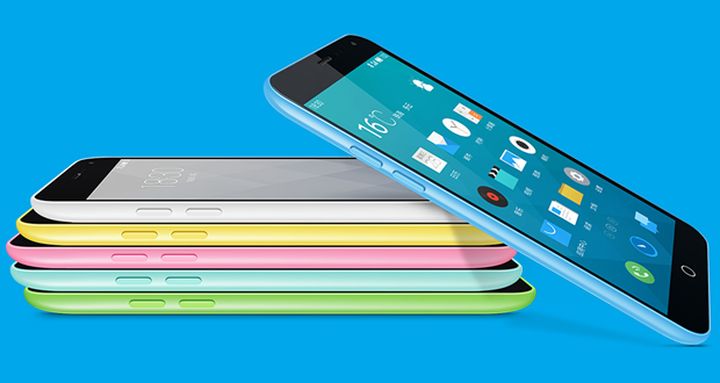 Recently, we often encounter the leak of a new flagship smartphone Meizu MX5, the announcement of which has to be held June 30, 2015. It is no wonder that we already know many of the features of this device and have an idea of his appearance. A recent string of rumors about Meizu MX5 supplemented benchmark GFXBench, put an end to our doubts about the diagonal of its screen.

Meizu MX5 actually be able to offer users a 5.5-inch capacitive touchscreen display with a resolution of 1920×1080 pixels. As for the hardware platform device, then it will be based on not as yet unknown Mediatek MT6793, and perfectly familiar chipset Mediatek MT6795T Helio X10 8-core Cortex-A53 processor with a clock frequency of up to 2.1GHz and the GPU PowerVR G6200. 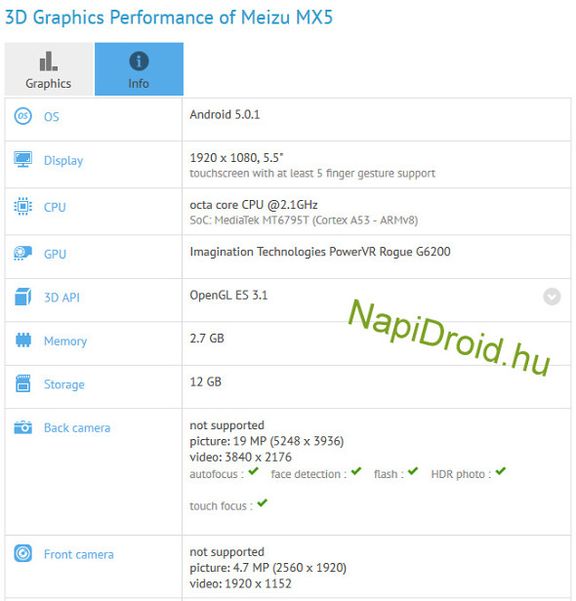 In addition, the new flagship smartphone the Chinese manufacturer will receive 3 GB of RAM on the rear panel is a 20.7-megapixel main camera with auto focus that lets you record video with 2160p resolution, and the front panel can be found front 5-megapixel camera that supports Full HD video.

The smartphone installed 16 GB of internal memory, which implies support for memory cards format microSD. And as the operating system in the test sample gadget used Google Android 5.0.1 Lollipop.

But that’s not all that we want to talk about Meizu MX5. The fact that the smartphone has managed to score just 5352 points in the benchmark GFXBench. This puts it almost on a par with the flagship Samsung Galaxy S6. And if Meizu MX5 retain a price advantage of its predecessor, it promises to be more than the interesting gadget that is sure to be sold in millions of copies.