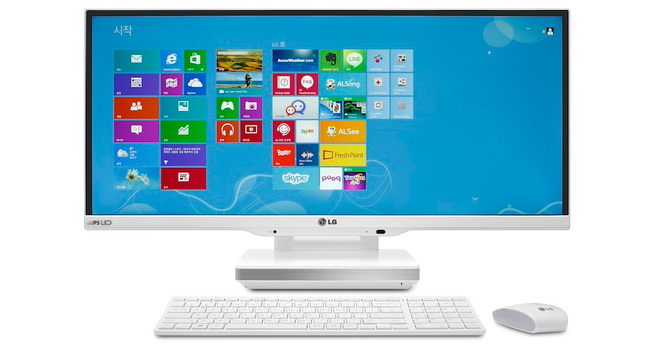 LG has announced its intention to demonstrate at IFA 2013 V960-piece computer with an ultra wide display having an aspect ratio of 21:9.

Detailed technical specifications are not announced. We only know that the computer has 29-inch IPS based on a matrix with a resolution of 2560×1080 pixels. The novelty also implemented a discrete graphics card NVIDIA GeForce GT 640M and a built-in TV tuner. At the same time declared support function PIP (picture-in-picture), allowing you to simultaneously watch TV and use the computer.

LG V960 Monoblock computer running the operating system Windows 8, but the presence of the touch panel is not reported.