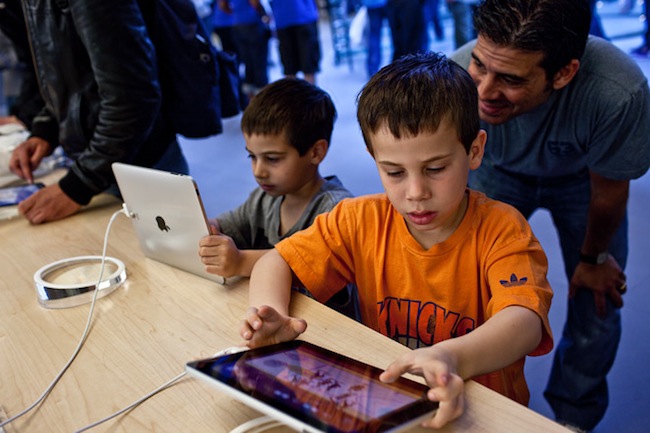 For a long time Apple take all measures in order to prevent accidental operation in applications where there is an opportunity to make a built-in shopping. A warning appears under each such program in the App Store, the corporation even launched a special section in iTunes , where not only clarified the essence of In-app purchase, but also a way to disable it. Even that was not enough. Young children like spending thousands of dollars on a built-in shopping without their parents’ knowledge or consent, and continue to do so. According to Cult Of Mac with reference to the British newspaper The Daily Mail, one girl from the UK managed to spend more than six thousand dollars for shopping in the game My Horse. In this case, the child’s father ignored the function of SMS-information about bank operations and learned about the incident a few days later.

From whom do we get the money spent by mistake? With the developers? Of course, no. The girl’s parents contacted at Apple, and the company returned to them every cent within two weeks. Such generosity on the part of the technology giant is due to a loss in court when Apple failed to prove that iOS has all the tools to block built shopping.

It should be noted, Apple not always follow this rule. There are cases where a company has refused to refund the money aggrieved parents. It is difficult to believe that a 13-year-old boy mistakenly spent a large sum on In-app purchase.

It is not known how many more will go on auction unprecedented generosity in Cupertino , because so much trouble lately become more frequent . Most of them occur in the United Kingdom and the United States, in Russia such cases so far been recorded.

Who is to blame, really? Parents, do not usmotrevshie for their child, or Apple, which should be hung a huge banner with a warning about the built-purchases the App Store? Personally, I do not see any fault of the company now that it has made every effort on their part. However, to compensate for all the damage has yet to her.

In the end, ways to protect their child from an infinite number of built-shopping, all of which are located very Apple. If a parent does not want to climb on the settings, then remove to guess at the time of your credit card from the App Store is quite possible. Or do not regret one dollar a month to messages from the bank.