Home GADGETS Apple wants to avoid many kilometers of queue

Apple wants to avoid many kilometers of queue

Apple does not want to make customers wait in long queues for the release of new products. In his address the head of the retail department Angela Ahrendts employees to Apple, said that the consultants retail companies are strongly encouraged to call on customers to make a purchase Apple Watch and the new 12-inch MacBook online via app Apple Store or online store. “Waiting in a queue and crossing your fingers hoping to purchase our products come to an end,” – said in the memo.

Angela Ahrendts called course aimed at increasing online sales, “an important change in thinking.” It is reported that Apple Watch buy in retail stores will be the UK is not yet possible. The device is only available for purchase online. Meanwhile, residents of the United States is not affected.

The essence of this memo is not just that Apple’s retail stores will be the limited supply of two new products. Ahrendts shops trying to turn the company into something first-rate. The head of the retail department at the time was CEO Burberry. 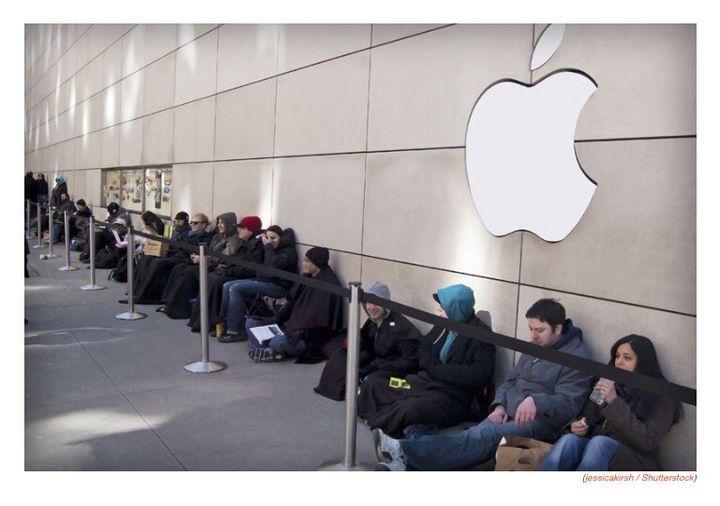 Apple has long been famous for the fact that it was her customers waiting in long lines for hours (if not days) to buy a new model of iPhone.

Recall the beginning of the registration of pre-orders scheduled for this Friday and will last for two weeks, until April 24th. While the novelty is available to residents of the US, UK, Australia, Canada, China, France, Germany, Hong Kong and Japan.