IconBIT company offers a wide range of tablets, which have devices with different aspect ratios and sizes of diagonal screens and resolutions, processors and graphics subsystems. The hero of this review – a balanced and stylish NetTAB Skat RX.

iconBIT NetTAB Skat RX for sale in a well-decorated cardboard box, the size of which is only slightly larger than the plate (except for the thickness, of course). The package includes everything you need to get started: a brief user manual, charger, cables, and a pair of headphones.

The manufacturer does not offer accessories for this model, but with today’s abundance of cases and protective films find something to your taste is not difficult.

Display at Skat RX with an aspect ratio of 4:3 and 7.85 inches on the diagonal. For the film fits loosely, but to read and Web-surfing – perfect. Around the screen to measure the widest border: comfortable to hold the tablet with one or two hands and fingers do not get on the sensitive area.

Above the screen there are two “eye” – the camera and light sensor.

The housing is made of a metal alloy. Its rounded edges that still visually reduces the already small thickness. Go to the top of the faces milled edging. The build quality and materials are not satisfactory.

On the rear panel, only the main camera lens, it is in the corner, so cut off his fingers in both portrait and landscape orientation, you can only specifically.

All connections and controls focused on the upper face on the lower – only indoor decorative mesh speaker (two or, at least, the holes – steam).

Memory card slot Micro SD (Compatible models with capacity up to 32 GB) is on the left, followed by a 3.5-mm headphone jack socket for connecting the charger.

Connectors Micro-USB and Micro-HDMI in the center. Installation of three standard cables is not difficult, but if you purchase should pay attention to the dimensions of the fork – too “good” (large) can interfere with other cables.

Located on the right to control the volume rocker and the power button.

To begin with, as can be seen from the outside. Charging iconBIT NetTAB Skat RX only through a separate power connector. First, the inability to connect the tablet to your home or car charger through the usual Micro-USB connector seems to be a rash decision.

However, the common argument is that it is not all that bad. First, the playback of media content from external drives. Second, work with USB-3G-modem. All this is easier to do when you have a separate power connector. Although he and specific, but not unique, and complete standard charger provides 5 volts and a couple of amps. To provide themselves with electricity on the road enough to find a USB-adapter.

iconBIT NetTAB Skat RX works as a USB-host that allows you to connect (cable is included, however, is very short, it is better to buy / find in the bins extension) external drives. Or digital cameras and other devices that can store data.

Powered external 2.5-inch hard drive, of course, will not work (you will need Y-cable and an additional source of energy), but charge the smartphone battery Skat RX in a critical situation can be.

Display with capacitive sensor and support for multiple (up to five – speed of response and accuracy within the normal range) of touches made by IPS-technology, its resolution is 1024×768 pixels and pixel density – about 163 of an inch. Highlighting matrix, LED, claims to uniformity not. Viewing angles are great, the degradation of image quality with considerable deviation is observed, but it is minor and certainly not critical.

However, the screen looks good, juicy and has to stand on the counter of a series of “classmates”.

For communication with the outside world meet modules Wi-Fi 802.11b/g/n and Bluetooth 4.0. An internal modem is not provided, but you can use an external one. It is a pity that there is no receiver GPS – whether it is installed, would have made a wonderful car GPS navigator.

The plate was excellent (considering the price) shown in the synthetic benchmarks. In AnTuTu Benchmark result was 18711 points. 3D-rating AnTuTu – 2706 points.

Want to play? iconBIT NetTAB Skat RX – a smart choice. Run this is not casual insistence on to the system as the game Need for speed: Most wanted. The sensor accurately tracks the position of the tablet space, and manage virtual car comfortably. The graphics look at, drop the frame rate is not noticed.

As mentioned earlier, Skat RX is equipped with HDMI-output. When connected to a TV, you can select the parameters of the signal and the degree of scaling. Unfortunately, it’s only HD and the old telestandart 720×576, available in two frequency sweep – 50 and 60 Hz.

Suitable whether Skat RX for viewing the video? If you are willing to put up with big black bars on the screen in widescreen movies, yes. All test clips and video from digital cameras full-time player played great.

Running the supplied headphones are seen as the main possible only if there is no serious claims to the sound. Bass in them is not enough, as the top tight.

Autonomy plate leaves much to be desired. He stands three to four hours of heavy use, in a gentle (read with a little brightness, Web-surfing) – five to six hours.

The fact that the photographing or filming video tablet man looks at least strange to have stopped joking. iconBIT, apparently also does not encourage the practice, so the camera at Skat RX «Spartan.”

The front facing camera with 0.3-megapixel (640×480) is designed for video calling. She has a rather large focal length, so at arm’s length is obtained shoulder portrait: dignity or lack of it – it’s a user (not always necessary to show the person that is going on behind your back.)

The rear camera takes pictures. 1600×1200 – not the highest resolution, but the problem is not in numbers, but in quality. Compression algorithms so aggressive that a megapixel picture can hardly be used for photocopying documents.

This shot was made at an average illuminance (speaking in fototerminah, then at ISO 100 and aperture f / 2,5 exposure would amount to 1/60 sec.), And the text on the verge of readability.

If the original size is smaller, the quality will rise somewhat (only due to the relative size of the text). Overall iconBIT Skat RX allows to photograph the pages of the book in the library or read the synopsis and then imprinted, but you should choose the most illuminated place.

The tablet comes with Android 4.1 (Jelly Bean). It is gratifying to note the absence of useless applications: available only a browser and a couple of players (audio and video), so Google Play Market. Root-default rights are not available.

Before writing this article the plate was used for about a month. This allows you to make well-founded conclusions about its work.

First, the stability pleased. A hard reset is not required once. All applications are functioning as they should be.

Secondly, the performance. For all the mundane tasks (not to mention the responsiveness of the interface) performance of the system was missing. The plate broke even simultaneous video playback in a small “window” and a tour to Epic Citadel without noticeable slowdown.

Do not like the relatively small battery life (heals purchase an external battery and adapter that given the price of the device itself will not make a dent in the family budget).

Impressions from the use

Do not like the work of Wi-Fi signal is weak (in the home / office environment is treated by changing the position of the router or its replacement or purchase of an extender in public – transfer closer to the transmitting antenna).

Form Factor 8 inches / 4:3 proved to be very convenient. Dimensions and weight iconBIT Skat RX allows you to comfortably use your tablet at home or on the road.

Like:
+ A balanced set of components and an attractive price
+ Appearance and Design
+ Stable operation of the system

Did not like:
– Short battery life
– Search for the adapter to charge from other power supplies 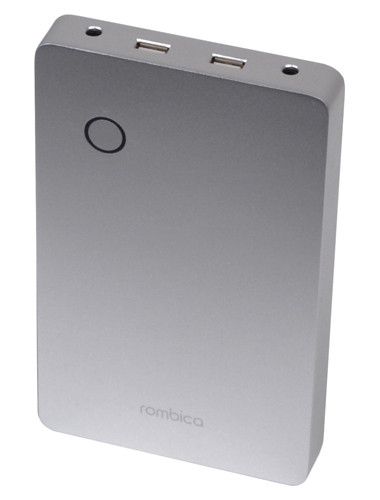