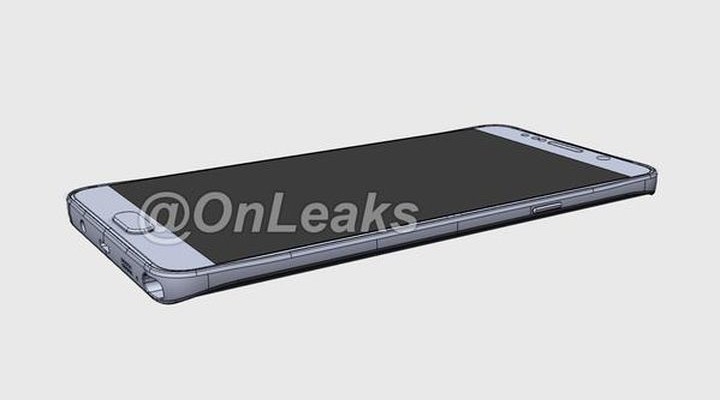 The results were combined into a small video showing the 3D-design flagship. And, according @onleaks, It is based on rumors with the reliability of 80%. Of course, this can not be fully guaranteed that Samsung Galaxy Note 5 will be exactly the same as shown in the video.

Judging by the roller, Samsung Galaxy Note 5 design will be in the style of today’s flagship smartphone Galaxy S6. This gadget will get a bigger display and automatically extract the stylus S Pen. As for the rumors that the use of the smartphone 2-way port USB Type-C, they are not passed censorship leaks, and the novelty will be equipped with a conventional port.

Heart phone a proprietary hardware platform Samsung Exynos 7422 with the 8-core processor. There is in it and support the rapid Flash-memory UFS 2.0. Journalists no consensus on the timing of the release of Samsung Galaxy Note 5. And some sources believe that he will be on sale in August of this year while others say about the presentation of new products at the IFA September 2015.