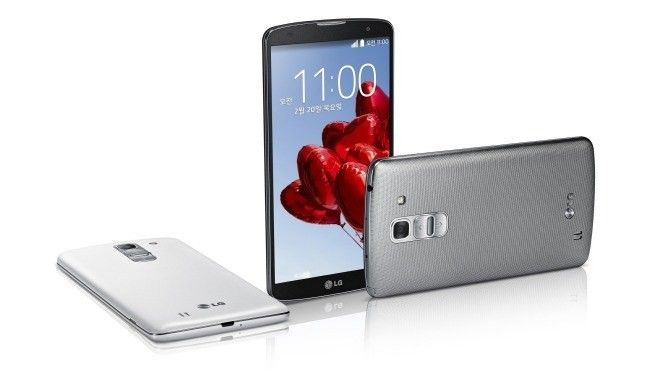 Rumors about the new LG 2015 spread very quickly and now let’s look at the main features of the future phablet G Pro 3. Since the release of G Pro 2 has been more than a year. Good news for those who like the said apparatus. The next generation phablet, according to insiders, will release later this year.

The device is called the G Pro 3 and will cost about 790 dollars. Price impressive. However, in return, users will get a 6-inch device with excellent characteristics.

One of the key features of the gadget – the presence on board 4 GB of RAM.

Even the product offers the excellent screen resolution of 2560 by 1440 pixels and the pixel density of 490 ppi. The processor will perform the role of a powerful Snapdragon 820 chip from Qualcomm.

In addition, speculation suggests SSD of 32 GB, the front lens of 8-megapixel, fingerprint reader, microSD card slot and the main camera 20.7-megapixel. Functions G Pro 3 on the basis of the operating system Android 5.1.

Note that this is only rumors and said the day of release may change. We are waiting for the official announcement.