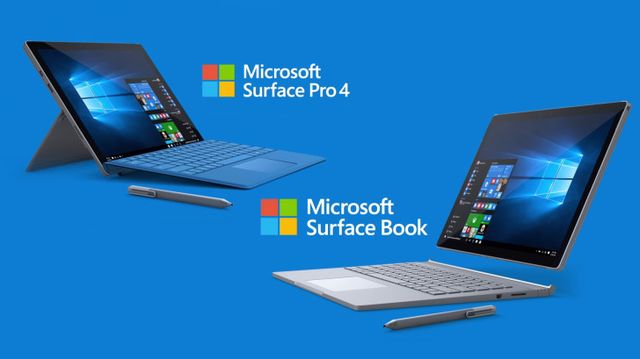 Microsoft is the last of the “Big Three” IT companies that held its presentation, during which were presented the new tablet Surface Pro 4 and the first notebook Surface Book

Everyone expected that Microsoft continues to develop its line of tablets or laptops Surface. In place of the Surface Pro 3 came Surface Pro 4, which became thinner and more powerful. The tablet is equipped with a powerful Intel processor of the sixth generation. The tablet has a hybrid cooling system to prevent overheating. 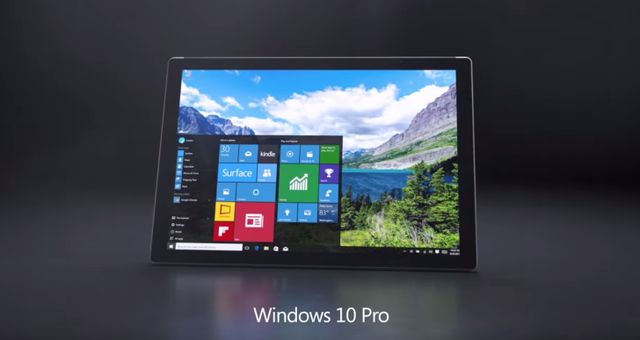 The display is slightly larger, by reducing the frames around – 12.3 inches. The screen is made by technology Pixelsense. In simple terms, Microsoft has equipped all sensors and glass in a very thin package.

A significant update is the front direction speakers. Frankly, I still do not understand why the company Apple does not use such dynamics in their tablets, which have much more frame around the screen.

The most powerful equipment Surface Pro 4 is really impressive: Intel Core i7, 1 TB SSD, 16 GB of RAM. The thickness of the tablet is only 8.4 mm.

Traditionally, the Surface Pro 4 will be sold with several accessories.

Firstly, a keyboard TypeCover. The keyboard has improved buttons – now they are much more quiet and smooth. The touchpad has become 40% more than the previous model. In addition, the touchpad is covered with glass, and takes up to five touches fingers simultaneously. And the main feature of the keyboard is a fingerprint reader. 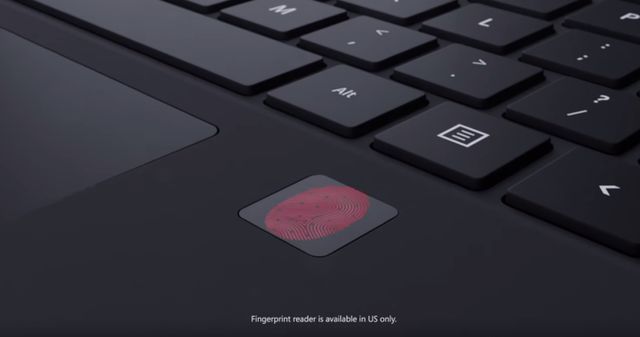 Another accessory to the Surface Pro 4 is a stylus. It is able to perceive the 1024 levels of depression and has “eraser” on the back end. The stylus is fixed to the face of tablet with a magnet.

Pre-order Surface Pro 4 is already open starting at $ 899, while the tablet will be available in stores from October 26. 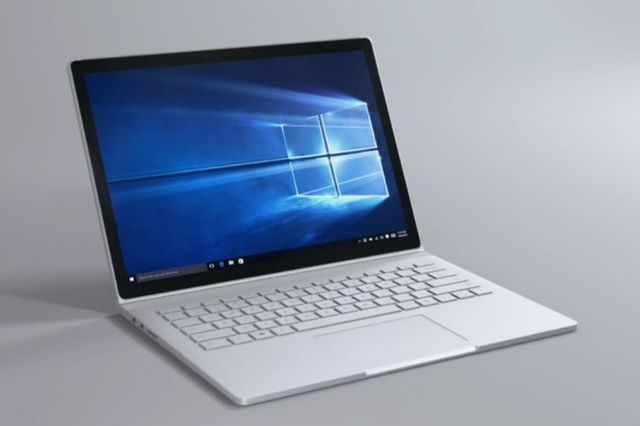 Much more surprising was the announcement of the Surface Book – the first notebook in the series Surface.

Surface Book is a laptop with angular and elegantly simple forms. In this regard, a laptop somewhat reminded me Chromebook Pixel. However, there is one detail that cannot be missed – the hinge.

It is similar to Lenovo Yoga 3 Pro, but it looks a little stranger. Its main feature is that it does not give the notebook completely closed, leaving space between the keyboard and the screen.

Differences from the Surface Pro 4 are in a slightly larger display – 13.5″ and graphics from Nvidia. In addition, the notebook has not a fingerprint reader, which is quite strange, because Surface Book is positioned as a premium and more expensive device. 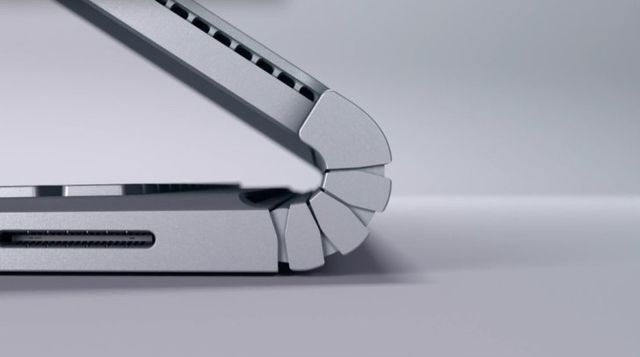 Microsoft says that the processors Intel Core i5, Core i7 sixth generation and graphics from Nvidia provide superior to the MacBook Pro.

Surface Book is available for pre-order today, and will appear in retail stores from 26 October. The price of the basic model with Core i5 processor is $ 1,499.