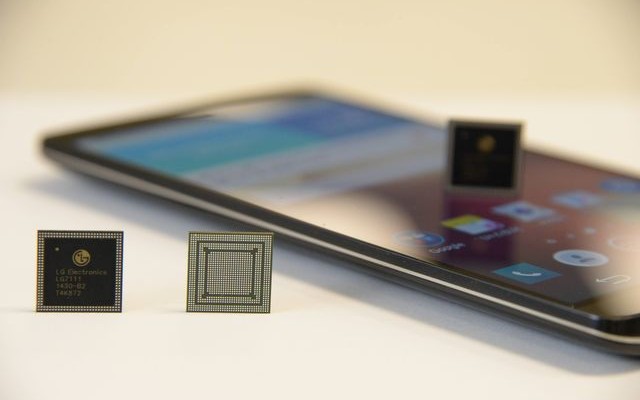 Industry sources reports that LG Nuclun 2 will compete with Qualcomm, MediaTek and Samsung. LG Nuclun 2 can be equipped in the future flagship of the South Korean company.

LG Nuclun 2 is an eight-core processor, which is based on ARM Cortex A72 and Cortex-A53 with a clock frequency of 2.1 GHz and 1.5 GHz, respectively.

Earlier, LG Electronics has reported that it plans to use the technology of the production process 14nm FinFET from Intel or 16nm technology from TSMC, which have a significantly better performance compared to 28nm, that was used in the manufacture of the first processor of LG.

LG released its first eight-core processor Nuclun 1 in 2014. Chip made its debut in the flagship smartphone LG G3. The company specially developed its own chip to a new smartphone so that it could work with most of the high-speed LTE-A networks in South Korea.

At first, LG will continue to work on its own processor to reduce the dependence from Qualcomm. Thus, the South Korean company will get more flexibility in the design of smartphones and optimization. In addition, the company may receive additional income through sales of its own processors to other manufacturers.

Recent rumors have reported that Qualcomm will use the production line FinFET from Samsung in its new processor Snapdragon 820. LG Electronics does not want to cooperate with its main competitor in the country.

At the moment it is not clear what production process will use LG – from Intel or TSMC? We think that the decision will depend on what company will offer a more stable design and better performance.

TAGLG mobile processor Nuclun 2
Previous PostAndroid Beam: what is it and what does it do? Next PostOfficially: Huawei announced 6-inch phablet Mate 8