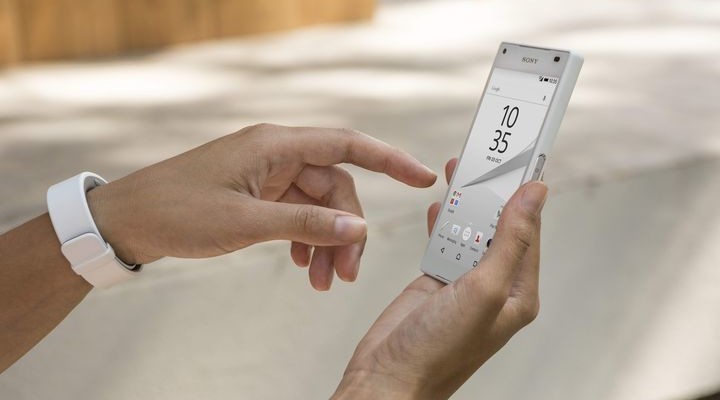 That line of Xperia Z beginning to falter, it was obvious to all. There were difficulties with a refresh rate, from looking like models, with countless already tail from previous versions, which constantly compete with new models, differing from them are not the most significant way. What sense to list what hundred times negotiate! For example, problems that HTC already say how many years and how it has helped the company?

In short, it was interesting to see what conclusions made in Sony, and the current IFA is ideally suited for this purpose: the main line has not been updated for a year, the time is ripe. On the eve of IFA was summoned to the office of Sony Mobile, which showed general all, namely three new smartphones: Xperia Z5, Z5 Compact, and Z5 Premium. Given my love for the brand, and I moved with all existing in nature device Sony, waiting for a meeting with a beautiful look.

The companies insist that the driver to restart the line in the design of Sense of Unity, replaced the usual Omni Balance, was the change of the top management of Sony Mobile. The new president also announced new approaches were measured in Central Asia for the company 5 key countries (Russia certainly is not one of them), and to draw the appropriate conclusions. Particular attention was paid to the chamber, which is in the hands of Sony engineers each time shamefully lost herself, and suddenly realized that you can not go on living.

Appearance smartphone if changed, not so much: Xperia Z5 aluminum frame and kept the usual lines, but has acquired a laser engraving and a back surface of the glass with the effect of frosted glass, allowing to obtain a matte surface, not to fingerprints. Devices retained moisture protection (realized and Capless USB-port), but it is not promoted as a feature for extreme, but rather a solution designed to help people who are like me, half asleep, put the smartphone into a glass of water on the nightstand. Apparently, the customer service recovery devices tired after swimming in the sea water.

The main feature is, of course, the interface a fingerprint scanner. As Sony does not become once again “to dig a flight attendant,” trying to figure out where it will look better – on the back surface or bottom of the screen on the right side? There were original – sent the scanner on its side. Similarly, at the spot where the thumb is usually if you take the smartphone in hand. And it really is a good solution. However, there are questions about the reliability of such a scanner – after all the surface due to the width of the ribs just 7.3 mm, and captured only a part of the finger, which reduces the reliability of protection. On the other hand – to use the new solution proposed by Qualcomm: the scanner is based on ultrasonic technology, which solves the problem with wet hands and others. Ultrasound is recommended even on the wet skin – knows anyone who has ever been to the US. So only the best conductivity. However, that’s the theory, but in practice, the scanner works and works fast. As an option, the possibility of a pleasant fingerprint proof of purchase and stuff like that. It’s really important option. 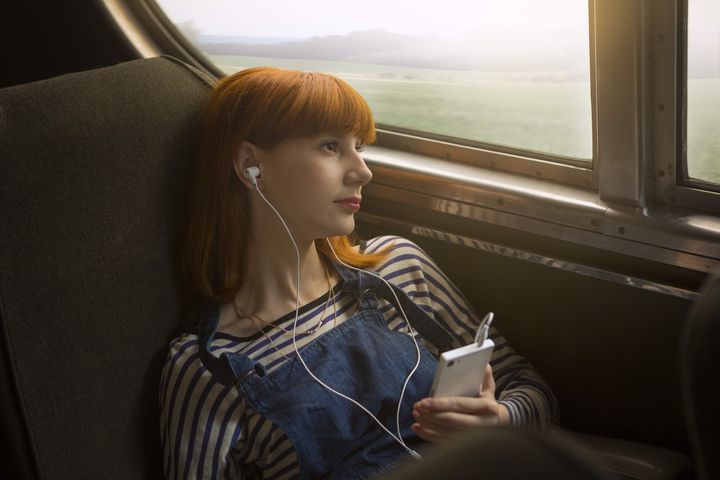 Novation number two – a modified camera. Redesigned main module and its acquisition are the so-called hybrid autofocus. We saw it in the M5, where he came from professional cameras Sony Alpha. The bottom line is that using phase-contrast focusing, allowing us to obtain the best results in less time. Including during video shooting. Another nice feature – 5x zoom. Supported software and image stabilization.

The smartphone has a battery capacity of 2900 mAh. The battery supports Fast Charge Quick Charge, but not smart charger kit required for its use. The reason is simple, and at Sony do not hide it – fast charging considerably more quickly drops off the battery life, but it need not all. So if someone really need and who are willing to take the risk, then he can afford to buy the necessary charger. The smartphone will be available in white, black, green and gold colors. Interestingly, for the first time at Sony implement the concept of the unity of body design and interface system. That is white and white Z5 receive desktop interface.

Xperia Z5 Compact looks like a small copy of the “big” flagship. On this interpretation, insisting the company. This is not entirely true. Indeed, the unit was more compact – the screen was 4.6 inches diagonal and a resolution of 1280×720 pixels against FullHD at Z5. In this way, the body is shorter and narrower than the Z5, but a bit thicker – 8.9 mm. But the material is changed frame – on the perimeter of the plastic used. There are 4 colors available: white / silver, black, coral and yellow.

The third version – Xperia Z5 Premium – this is the main innovation of Sony. Before us is the first smartphone that gets a full-fledged 4K-display with a diagonal of 5.5 inches. This 0.3 inches more than the basic model. Differ and design elements such as the black model has a mirrored back surface design, used in the rest of the familiar effect of frosted glass, border and frame made of polished stainless steel. Distinguished and battery – 3430 mAh battery is used, which is logical explains the power of the new display. One of the interesting features of note implemented in Z5 Premium technology to upscale, you can deploy HD and Full HD-quality content to 4K. But the question arises whether all the smartphone with it’s very small screen 4K image? There is a feeling that the good is not more than QuadHD-screens. Net marketing and nothing more. 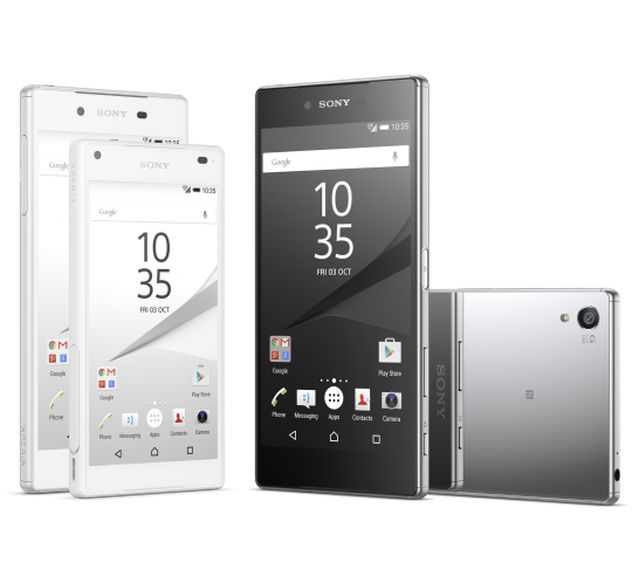 Another interesting news regarding all models – support for active listening to Hi-Res music, for it will require a new headset MDR-NC750, which must be bought separately. This is a really cool option. In addition, the headset can be used to record audio when recording video.

And now the bad news. I wanted a new line of smartphones has received a new processor, ideally – Snapdragon 820, which is now in operation at Qualcomm. But, alas – we see the same processor as in the questionable Xperia Z3 + – 810th Snapdragon. The Sony say they have done a serious work, and that the new revision 810-th overheating problems solved. If so, this is great news, because otherwise the model 4K screen raises serious questions. There’s something not performance.

Innovations in line Z5 many devices. But they have to be tested. Hand on heart, like that of the Sony, happened. But you never know what we want.

The prices for new items not yet been announced, even in Europe, which will be calculated on the basis of the euro at the time of the announcement. The terms of sales all the clearer: Sony Xperia Z5, and Z5 Compact and will be available in early October, and the Xperia Z5 Premium – in November.