Huawei Watch will not be as expensive as many assumed

Huawei has introduced us to the MWC its smart watch, but unfortunately forgot to tell how much they will cost.

Given their relatively sophisticated design, round dial and expensive sapphire glass that covers the screen, it can be assumed that Huawei Watch will cost significantly more average smart hours. It was rumored that the cost device can reach $ 1,000.

After the press conference Apple, where it became known that the value of the gold collection Apple Watch will start with a level of $ 10, 000, a figure that is ten times less, it seems ridiculous.

Fortunately, for the Huawei Watch, you probably will not have to pay and $ 1,000. German site published pricing device. According to the source, the cost of the device will vary from € 349 to € 399. 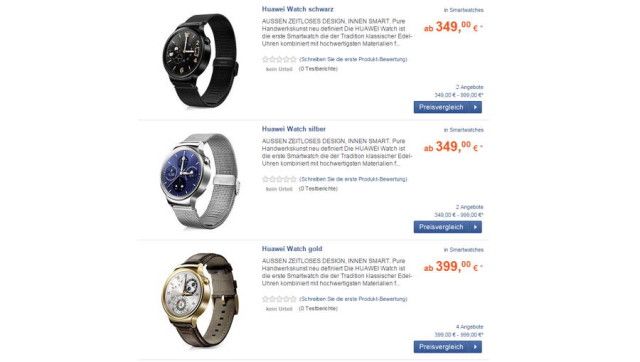 The most expensive model was clock with gold stainless steel. But it’s still much less how many future owners pay Apple Watch.

However, at the moment this is not the final cost of the device. It is possible that the clock will cost more (or less).