Remember the game with elements of augmented reality on the global map of the world, which was developed by Google? Now Ingress, popular among users of iOS and Android devices will be available to owners of gadgets that support Android Wear. This means that you can join in the game, not only through a smartphone, but also from his wrist. The game is a struggle between two camps: Enlightened (Education) and Resistance (Resistance). The main goal – to capture as much territory on the planet Earth.

The aim of the game is to take control of the maximum number of citizens. To win, you must create a so-called field control. You can do this by binding the three portals in the overall network. Portals in the game considered various statues, monuments, libraries. Some of them are appointed by the developers of the game in advance. But users can also take part in the creation of portals. 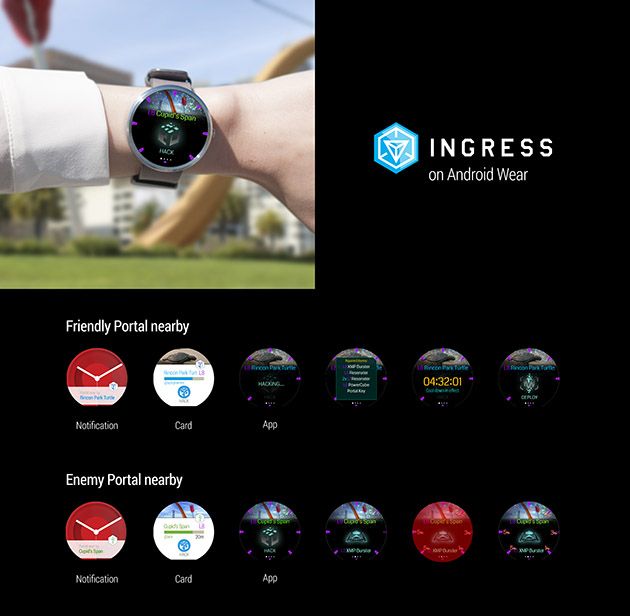 At the moment, the game created a startup Niantic Labs since 2012 has been downloaded 10 million times. Google said it wants to show the potential for games that can be played on portable devices. Google demonstrated how the story Ingress will be displayed on the Smart hours.