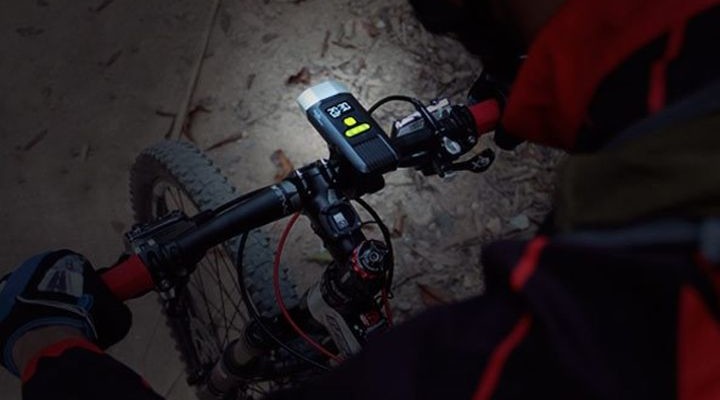 Fenix started selling a new bicycle flashlight BC30R, which apparently repeats last year’s model BC30. But a number of significant differences. Model BC30R allocated to the presence of a built-in battery of 5200 mAh, which is charged by USB-compatible source. Let’s look at the new flashlight closer.

The Fenix BC30R was revised system mount on the handlebars of the bicycle. And as the presence of OLED-display with a new system to control brightness and alarm about the level of charge.Let’s look at the main features of the new flashlight. 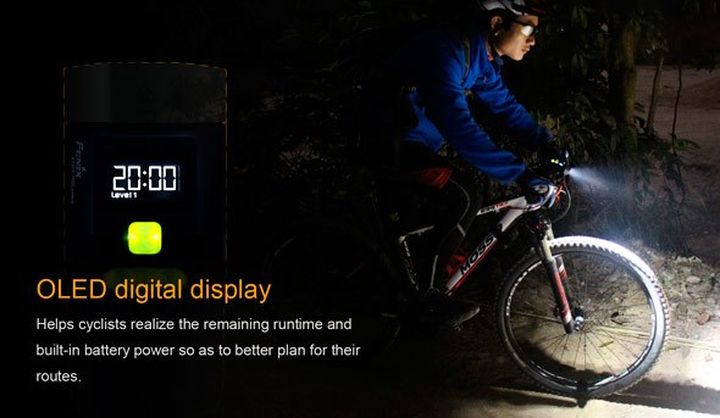 Total water-resistant complies with IPX-6. In addition, the lamp is able to withstand a drop of the painless rigid surface with meter height. The weight of the lamp a little more than 221 grams. The maximum length of 114 mm, height about 32 mm, width 50.5 mm. 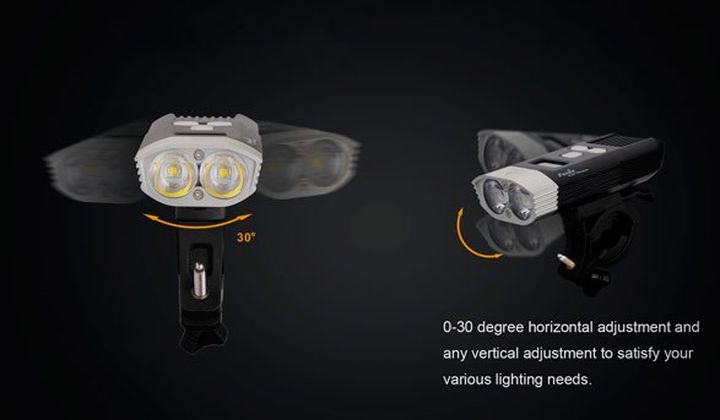 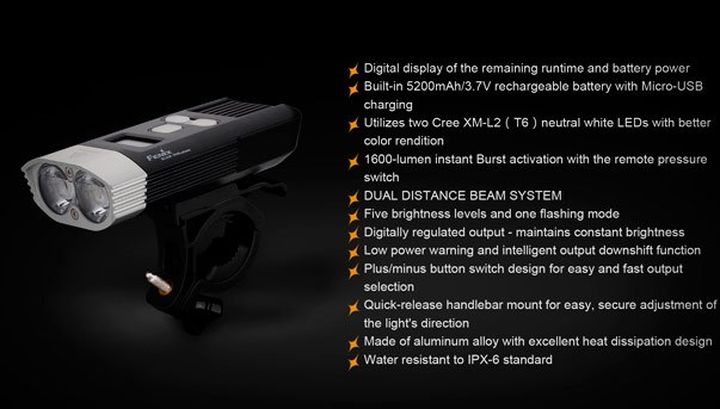 And the maximum Burst (1600 lumens), which can be derived to include a separate button on the steering wheel.

New LED Flashlight Fenix BC30R got the good technical performance and attractive appearance. Flashlight already available in specialty stores and is estimated to range from 140 to 160 dollars, depending on the choice of the seller. 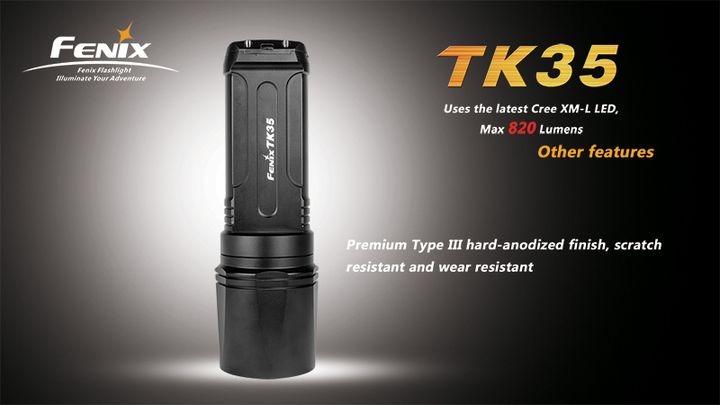