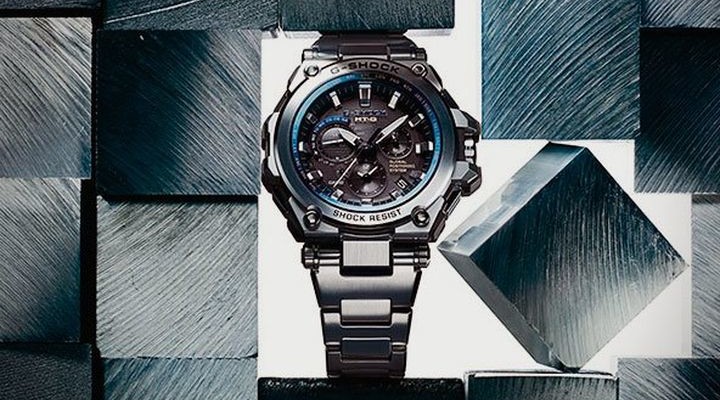 In the second half of September will see the light a new generation of premium watches of Casio’s collection MT-G (Metal Twisted G-Shock), the series will be known as MTG-G1000D and will consist of three models – the base with a full black dial MTG-G1000D-1A, combined black and blue dial MTG-G1000D-1A2 and MTG-G1000GB-1A with a black and gold design.

Feature of the new premium watches from Casio

Series MTG-G1000D will be the third destination after MR-G MRG-G1000 and GPW-1000 Gravitymaster, which will get built-in GNSS (Global Navigation Satellite System). 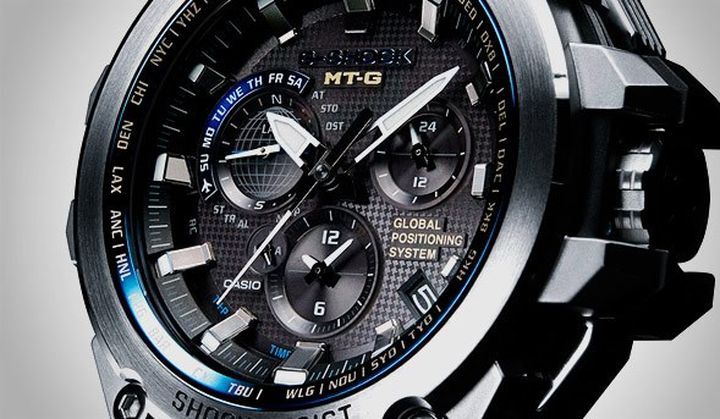 Hermetically sealed new protected premium watches, which is made in accordance with the technologies Core Guard Structure and Triple G Resist, completely made of stainless steel, the maximum diameter of the body is almost 59 mm, thickness 17 mm. Analog Dial protects dense sapphire crystal with anti-reflective coating. 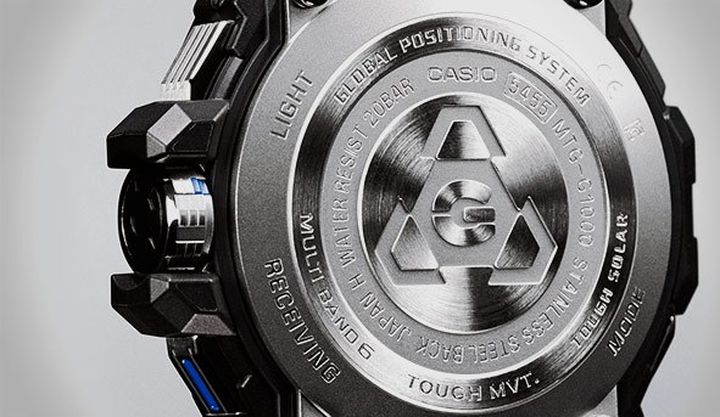 The bracelet has a two-part structure, with the inner side of the steel sections, are supplemented with polymer plates. The total weight of not less than 198 hours grams. Waterproof parameter corresponds to 20 Bar (200 m). 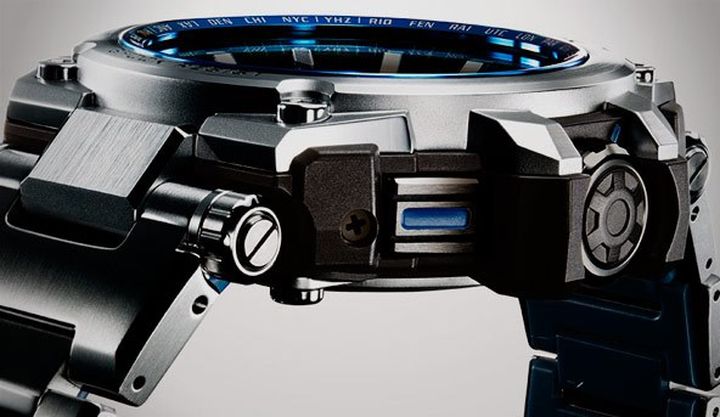 In addition to GPS-sync technology (GNSS), which works in tandem positioning system MultiBand 6, which in turn allows extremely accurately adjust the time according to the location of the new premium watches include Tough Solar technology and Smart Access. Among the functions available date, chronograph, alarm and world time function with the ability to display two time zones.

Sales of the new series of premium watches Casio MTG-G1000D start first in Japan until September 18, an estimated retail price of the base version will be at least US $ 1,320. Below is a video demonstration of the protective characteristics of the new model.