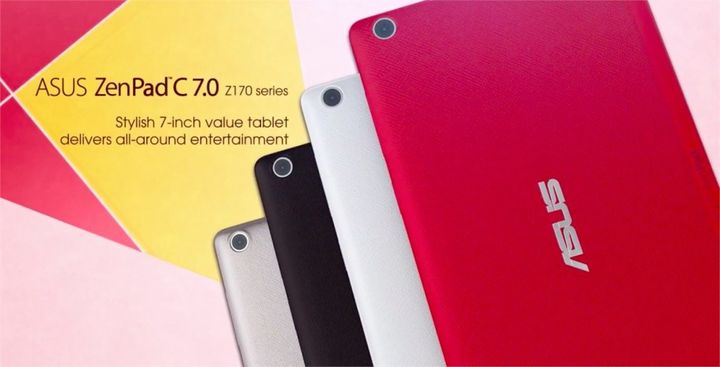 Asus has recently shown at Computex 2015 are some interesting and different devices. Among them were remarkable devices like ZenPad S 8.0 and ZenPad 8.0.

And it seems the list of new plates was not full. Taiwanese developers have hidden from the public 7-inch model. It has a number and is called Z170 ZenPad C 7.0.

The device literally just announced. And, without much hype. It was published just a promotional video and everything.

The device user may be interested in? The device looks nice enough, it has IPS-screen with proprietary VisualMaster. Once the display is able to boast of wide viewing angles.

A useful bonus – there are two slots for SIM-cards. In addition, ZenPad C 7.0 can work with networks of 3G. The corresponding modem available. Case thickness is 8.4 mm. This product weighs 265 g

Built-in camera – two. Features have modest. Resolution of the main objective – 5-megapixels and the front – 0.2 megapixel. Also available is a version with backside module 2-megapixels.

Alas, there is no other information. When will the sale and at what price – Asus representatives informed later.