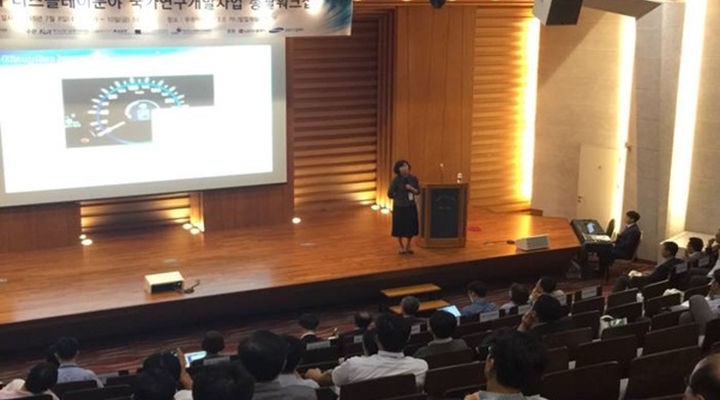 We have already started to get used to a smartphone with QHD-displays. But it seems that Samsung believe this resolution is too small, and now the Korean manufacturer is working on a display with 11K-resolution. Yes, you heard right! 11K screen smartphone resolution and 2250 pixels per inch!

Samsung is working on the display in partnership with the South Korean government, which has decided to invest in its development of 26.5 million dollars. In addition to Samsung participating in the project are 13 domestic and foreign companies, and the prototype of a new display, expected to be shown at the Olympic Games 2018, which will be held in South Korea.

The density of 2250 ppi says that the new resolution will display four times the resolution of the most advanced to date, Quad-HD screen with a density of 576 pixels per inch.

We still difficult to judge the appropriateness of such development. Moreover, many experts still are not sure about the practical benefits of today’s QHD-displays. However, the Samsung expects that 11K screen smartphone will help the company to implement a “3D-effect”, and journalists ETNews assume that we are talking about some kind of 3-dimensional optical illusion.