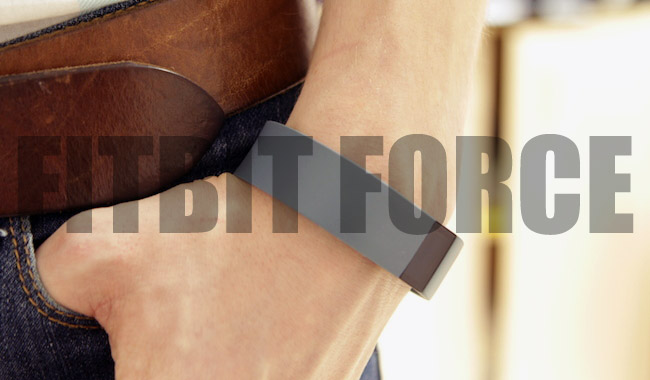 The most famous players in the sports tracker can safely be called Jawbone, Nike and Fitbit. While the first two are not too pleasing customers a wide range of products, in line Fitbit there are already four different models of pedometers. At the end of the summer we considered steps by Fitbit Flex, now a few days, I measured out the distance covered by new items – Fitbit Force . Who will share experiences. 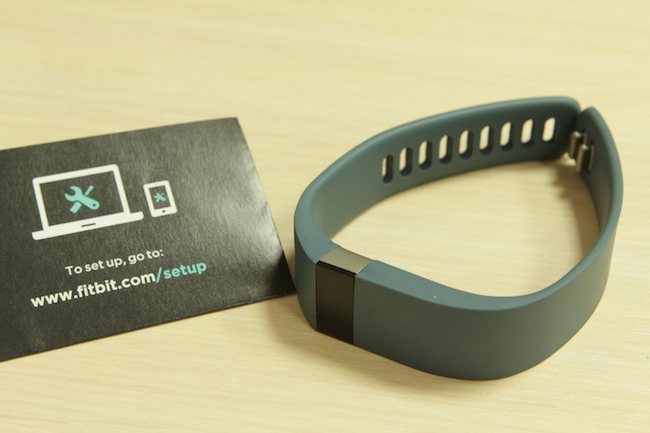 To start propose to deal with the fact that such a sports bracelet, that he knows how and why do we need the common man. This issue has already been discussed many times both on our site and other resources, but still sure there were people who know and do not know that there is such a bourgeois gizmo as an electronic pedometer. 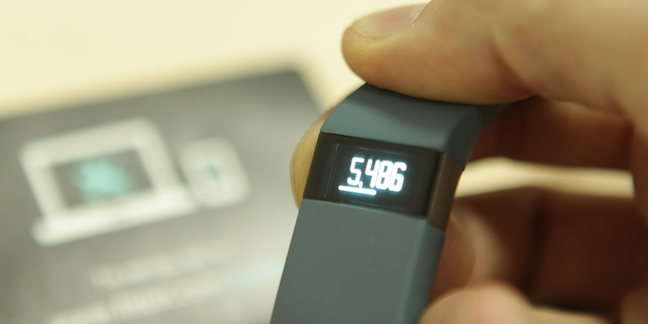 Actually, the name has become clear that the sports tracker measures the number of steps that you did during the day. They come in different formats can be hung on the clothes, but can on hand in the form of a bracelet. It is the latter type of trackers is gaining popularity today. Which is great, because it means that customers care about their physical condition, and they are willing to spend money and time trying to track it. Until recently, your humble servant, he was the owner of the bracelet, though from another manufacturer – Jawbone Up, but the band broke, and by the way I really got into the hands of Force. If you have not read our review of Fitbit Flex , we recommend that you first read it, as Force is essentially a “pump version» Flex. Of course, no change has not done. First, the tracker is now part of the rubber strap. In Flex, remember, the straps can be changed, but the charge was made through an adapter, it needs to be taken out of the bracelet pedometer. Now, to charge the gadget you just need to take it off your hands, connect the supplied USB-cable and wait an hour and a half. The manufacturer claims up to a maximum time of 10 days, but from my experience I would not recommend blindly believe these figures, you will likely get about 6-7 days on a single charge. Secondly, the display device appeared – now we can immediately know the exact number of steps or the current time due to this many opportunities Force will replace the usual hours. And yet, what can Force, in addition, how to count steps? If you click on a single button on the side of the device, then on the small screen will flip through and that activity of which is able to monitor bracelet. Besides the already mentioned hours and the total number of steps made, there you can see the distance covered in a day, the number of floors on which you have climbed, calories burned and number of steps that you ran. You could even say that the Force is even more than you need. 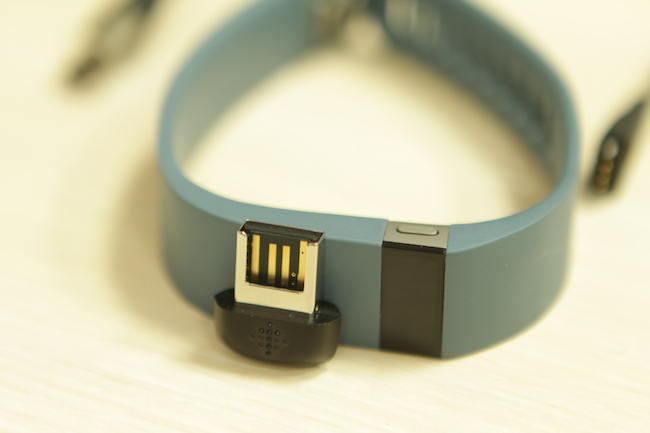 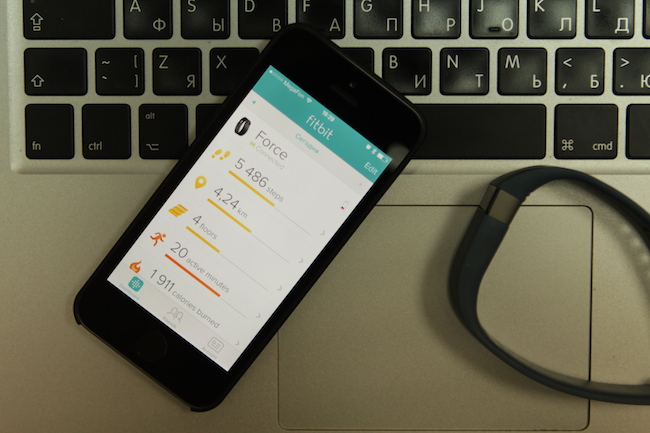 Synchronization is done via USB-dongle that plugs into your computer. Or you can download the free application from the App Store and monitor all activity day and night, right on your phone. In the first case, the information about the activity will be provided on the site Fitbit.com, the second – on the screen of your iPhone, which way is convenient for you – choose. Of course, Fitbit does not “fall behind” on you and at night, the main thing to remember before going to bed every turn to sleep. 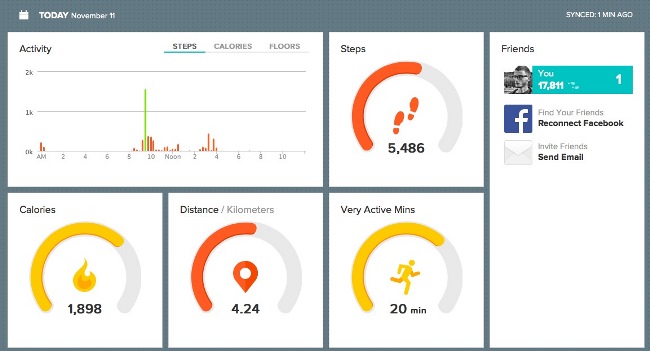 As for the immediate wearing comfort, everything is virtually no complaints. On hand bracelet ceases to be felt in a couple of minutes after you put on it. However, in contrast to the same Jawbone Up wristband Fitbit Force is very uncomfortable to wear on the one hand to the clock, as it is wider. Although I’m sure that for many it will not be a big problem. In my case, I just wore it on his left hand, and the clock on the right, which generally did not cause any inconvenience. 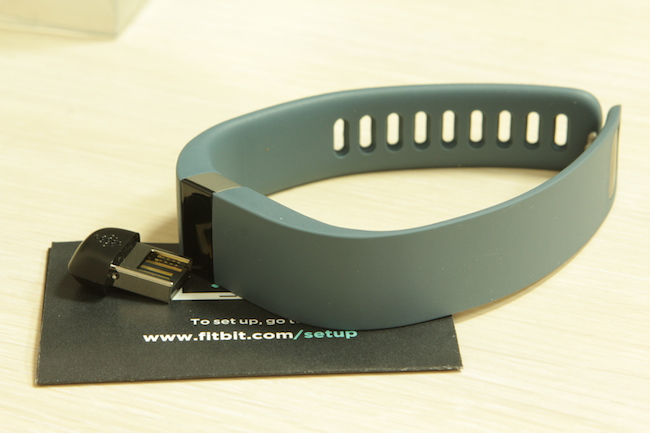 At the moment, the functionality of such bracelets are not too different from one manufacturer to another – its basic task performed all, but some, such as the hero of this review, can even a little more competition. Also worth a note that the complaints in the operation bracelets Fitbit I met a minimum, and the same Jawbone, which is the third time is mentioned in the text, broke down after two months of wearing. Therefore, in my opinion, the only factor may be repulsive appearance, although this is only a subjective judgment, because all remember the saying about pens?