Believe it or not, but LG has managed to upgrade their smart luxury watch Watch Urbane. Thus, the light appeared Watch Urbane LTE, which are characterized by high-speed data transmission. LG insists that announced the device – this is the first LTE-smart watches in the world. Clock does not work on Android Wear and NOT on webOS, and is unlikely to be able to fully replace a smartphone, such as, Samsung Gear S, but nevertheless they sometimes allow to leave your phone at home.

You can make LTE-calls, share your GPS-location, translate a foreign language and to participate in voice chat with a large number of participants. LG has also increased the capacity of the battery with 410mAh to 700mAh. Above all, Watch Urbane LTE – is the first hours (before the release of Apple Watch), which support mobile payment options thanks to the integrated NFC. Unlike Watch Urbane lies in the fact that the new model side three buttons (instead of one as in Watch Urbane). Watches are equipped with a gyroscope, accelerometer, compass sensor and heart rate. 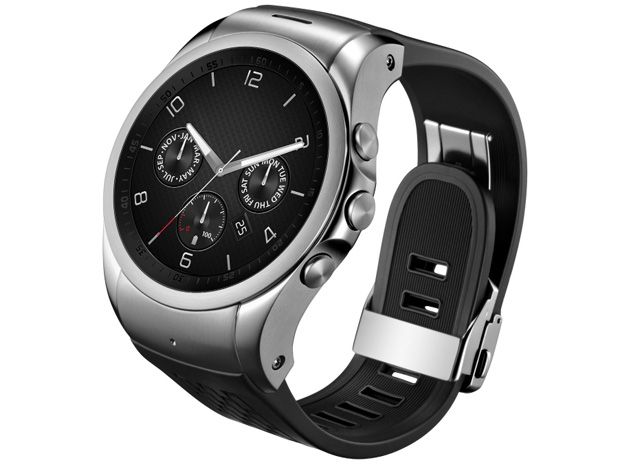 LG has not yet specify exactly when the watch will be on sale. However, there is no doubt that the company will present his new invention as early as next week at Mobile World Congress.

It will be interesting to watch this Clash of the Titans, which unfold with the release of Watch Urbane LTE and Apple Watch. So far, it seems that victory could easily win a device LG. After all, the novelty will have time to win the hearts of consumers and show off one of the main exhibitions in the world of technology. What is the answer to this is Apple?