Home NEWS The Japanese have developed OLED-display, which can be wrapped around a smartphone The Japanese have developed OLED-display, which can be wrapped around a smartphone Crazy imagination of designers who create the concepts of the future iPhone, paint a smartphone with a display that surrounds the device around. The new development of the Japanese manufacturer Semiconductor Energy Laboratory (SEL) allows to realize this idea. The company introduced the high quality display that you can literally wrap around the surface with a radius of just 4 millimeters, allowing you to create a smart phone without the side frames.

At the FPD International 2013 exhibition company SEL introduced several prototypes phones with “circular” display. The front panel of this smartphone is the screen from edge to edge with a diagonal of 3.4 inches. The lateral side of the device also show an image. As planned by the developers here can display the interface elements of the operating system or application shortcuts. 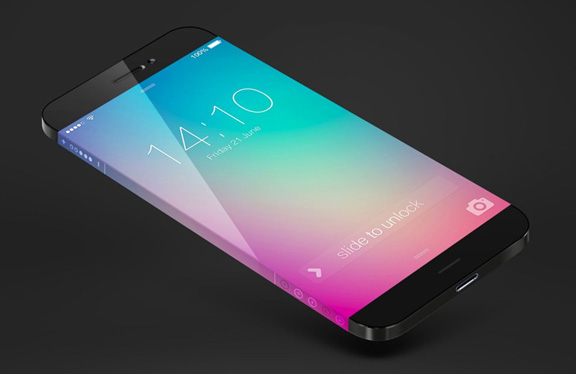 The company has developed a screen size of 13.5 inches with a resolution QFHD (3840 x 2160 pixels), which corresponds to the density of 326 pixels per inch. In the panel structure is used WRGB, wherein the white LEDs are covered with color filters and the substrate CAAS-OS (C-Axis Aligned Crystalline Oxide Semiconductor).

Other innovative products featured in the exhibition – a flexible lithium-ion battery. “We have been developing such a battery, but demonstrate it for the first time. We believe that the market has the demand for such batteries, as wearable computers are becoming more and more popular, “- said to have presented SEL.

TAGOLED-display Smartphone
Previous PostDead Trigger 2 - Grenade per dollar, the rifle in two Next PostAirOn presented a clock that is synchronized with the call and iOS and Android