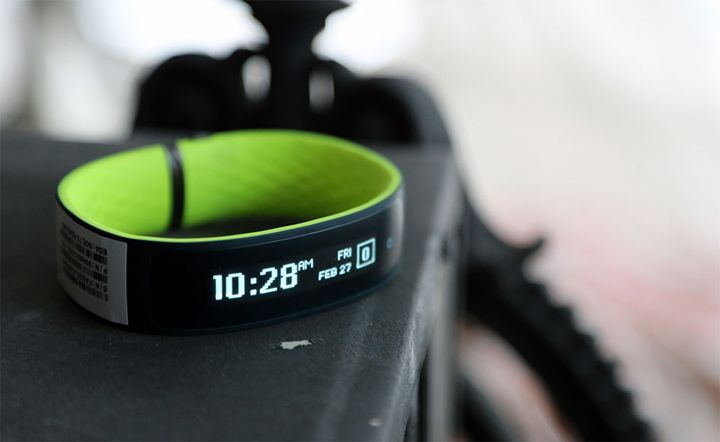 It is not clear why HTC decided that she should release the fitness tracker. Nevertheless, the company released its. As a result, HTC Grip – a device that is very similar to Nike FuelBands. Just as Microsoft Band, this device is equipped with GPS, as may be the means may monitor the data accurately enough.

And provided that Fitbit Charge and Garmin Vivosmart this option is not available, we can say that HTC device ahead of some of its competitors.

Given the fact that the device is a collaboration HTC and Under Armour, which we learned another CES.

Tracker boasts a dense clasp and will be available in three sizes. It is equipped with PMOLED touchscreen, which will not only keep you informed of all fitness statistics, but also display a notification from a smartphone, such as messages, letters by e-mail, incoming calls and alerts from the calendar.

You can also manage your music, but you can not store music in the memory device. The device has a gyroscope and accelerometer. Use the tracker, you can count the number of steps you’ve walked, calories lost and learn about the quality of sleep. However, here you will not find heartbeat sensors tracking.

HTC Grip dust- and waterproof. Device “live” mode for 2-3 days off GPS and about 5 hours with the included. Cost HTC Grip is $ 199.