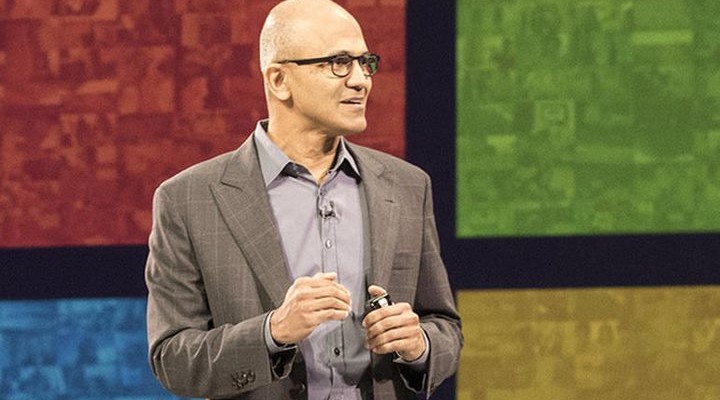 Microsoft called his main mistake in the mobile market

Microsoft is following the recent dismissal of the former head of Nokia announced more cuts. Most of all it will affect the mobile unit, which is also, according to the head of Satya Nadella will lead to a sharp reduction in the range. Despite the excitement among fans, Nadella explained in a detailed interview that the company is not going to stop any of the existing areas, and explained what was the main mistake of Microsoft during the development of the smartphone market.

In an interview with ZDNet Satya Nadella he described how he came in 1992 to the company, where the main task was to bring a computer into every home: “You know what? We did it. But the years passed, computers already have with each and trends of the time made it clear that today it is necessary to go to the mobile market. Microsoft has been thinking about the PC as a central node for all and forever, says Nadella. Not giving much importance and simply obeying the trends, the company launched Windows Phone, but because of his neglect of the mobile market and confidence in desktop systems over five years was able to get only about 3% of the world market.

Today, in his view, universal gadgets have become “6-inch device,” but to rely on them, as at the time Microsoft did to the PC and be sure that nothing will replace, then again repeat my same mistake and lose again game. Nevertheless, the existence of some “center for all” continues to be the main idea of ​​the modern digital world, so Microsoft decided to bet on the function of Continuum. Apparently, the ability to customize the workspace to any size surface and a single system for all devices are the foundations of a new concept of a company that can not get out of the outsiders of the mobile market.

Satya Nadella makes it clear that a single system, the ability to turn your smartphone into a full-fledged computer with OS by Continuum (with some reservations, but still), the overwhelming share of the market for desktop operating systems, Xbox and HoloLens – is a single space that is running Windows 10. This, in turn, means software compatibility. That is, if the desktop operating systems already have the program, why not prepare it for other devices with minimal cost in time and money? This approach really can work. This will solve the problem of the number of applications for Windows 10 Mobile, which, however now is not as sharp as before. This Statement lure for developers.

The development of the software environment will attract an increasing number of device manufacturers. “We are trying to create new categories [devices],” – says Nadella and recalls that it was the Surface impetus to the development of this class of gadgets, as it is now common device “2 in 1”. However, not always attract the attention of vendors, but because Microsoft is ready to fill the empty space on their own: “If none of the manufacturers will make devices Windows, we make them ourselves.” He mentions Lumia as an example, but also notes that the substance is not in the ecosystem or the devices themselves, while in the complex, which is called Windows.

The company has two strategies for further development. They differ on the basis of whether the third-party company to produce the device. These words of the head of Microsoft made it clear that the software giant is not going to leave the mobile business or any other direction. Especially because Satya Nadella uses a smartphone with Windows Phone, according to him. So the CEO can not afford to keep a small production of gadgets for themselves. By the way, his choice fell on the Nokia Lumia 830.

How exactly will develop Windows and Microsoft as a whole, we can find out in the near future. Satya Nadella confident that the new strategy will build a strong, complete ecosystem with a variety of gadgets and their complete versatility. A reduction in the line of smartphones can play only on hand, because the devices are significantly different from each other, assures CEO of Microsoft.