After nearly four months after the official release of Microsoft Band application and Health app got its first major update. Tracker has received a number of new features, including the option Bike Tile, which optimizes the bracelet, while you ride a bike. Now has a quick read, which allows you to quickly view postupupivshie notice. Surprise owners bracelet virtual keyboard that can be used for a set of text responses.

Respond to messages on the 1.4-inch screen does not seem quite comfortable occupation. However, Microsoft officials claim that the technology will allow Word Flow technology type the text “with a minimum of mistakes.” If it does, you will be uncomfortable to type manually developers have found for you logout, add to tracker option of voice dictation text message. 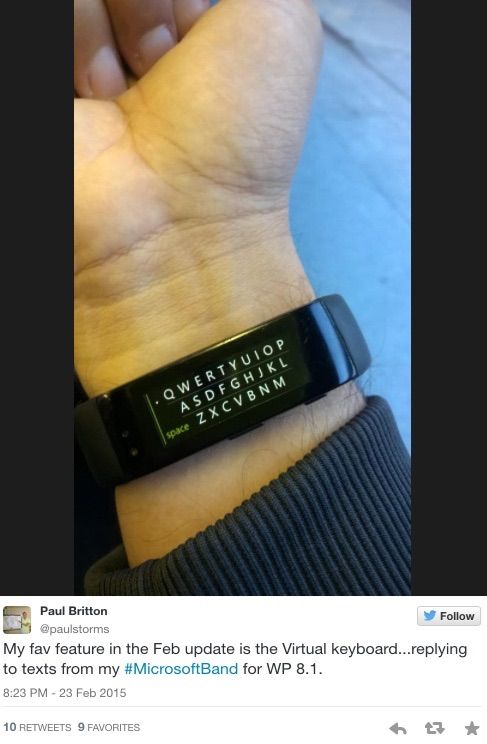 Function Bike Tile optimizes tracking heart bracelet owner during cycling, as well as displays your speed and time, during which you return to the quiet state after the ride. 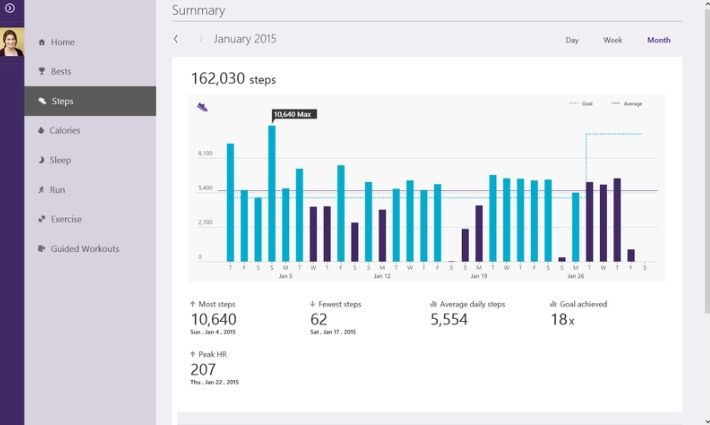 Appeared after updating virtual instrument panel gives you access to the full range of information in a mobile application. Bracelet integrates with Microsoft HealthVault application through Health app.

Microsoft has also introduced a set of software development. Updates for Microsoft Band and associated applications will be available in the next few days.