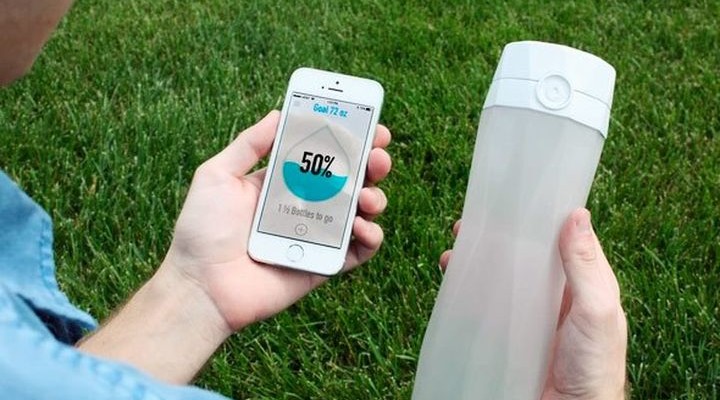 The American company Hidrate posted on the site Kickstarter its first product – a plastic water bottle with the name HidrateMe (Smart Water Bottle). In addition to the modern design and the use of modern materials, new bottle highlights the fact that it is endowed with necessary sensors that track the amount of water you drink. And the general level of the body fluid saturation. 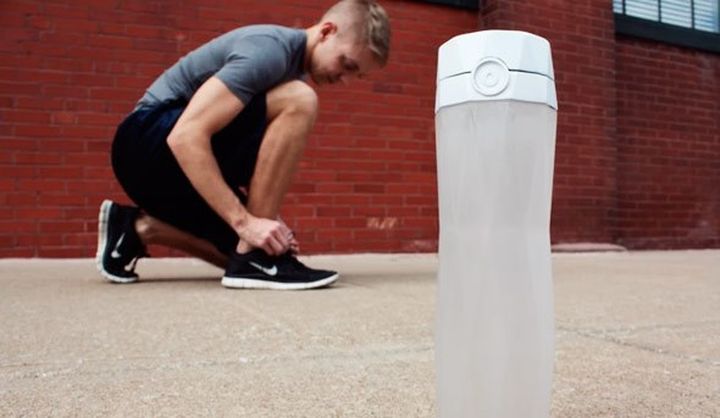 The bottle is made entirely of plastic food does not contain Bisphenol-A (BPA). The total net volume of the bottle is less than 0.71 liters. Bottle HidrateMe closes tightly with a plastic lid with an integrated drinker, but it is placed in the cover of the sensors, LED, and battery. The charge should be enough for a year of daily use.

Built-in sensors allow HidrateMe tie with a special application on the smartphone, which, in turn. This is due Adding data about the owner and the weather conditions, displays the information on the amount of water you drink and the level of saturation of the body. At low levels, the program through the audio signal and a bottle through the built-in LED, according to the owner of the need to replenish their “reserves”. 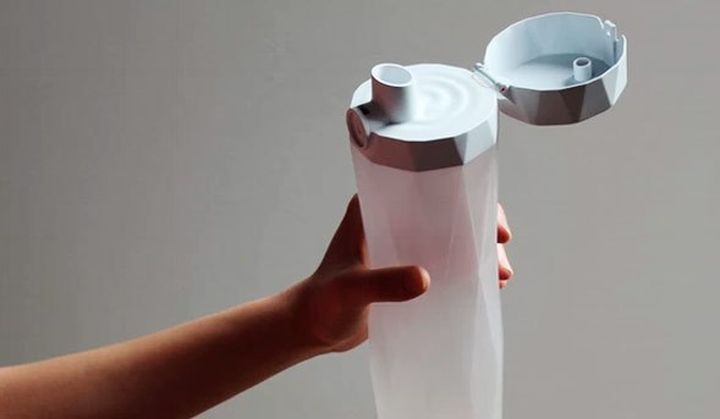 Company to collect the necessary funds to start production of the first batch of plastic bottles HidrateMe began early success and has managed to collect more than $ 42,000. At the moment, the minimum order value amounts to almost $ 40, international shipping assessed additional $ 25.