Belkin has announced a new model of audio Belkin Thunderstorm Handheld Home Theater, intended for users of iPad 4. Accessory is able to significantly improve the quality of the acoustic design tablet device by adding the necessary musicality, good dynamics and a wide dynamic range. The new version of the gadget got compatibility with the fourth-generation iPad, equipped with built-Lightning. The previous model was focused on Apple-Tablet with 30-pin connector. 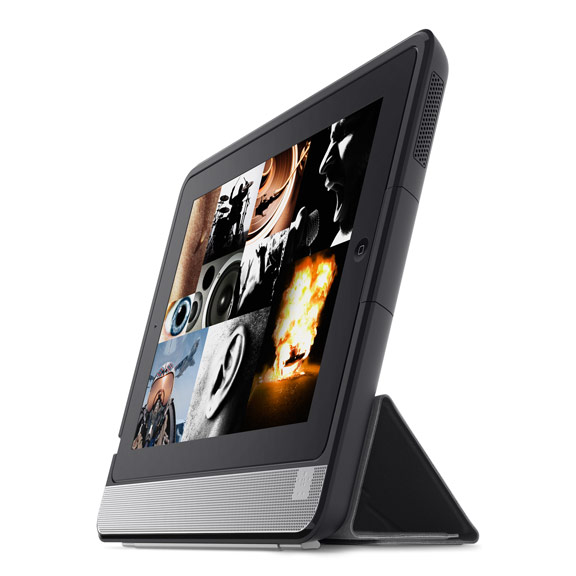 “It is known that the iPad provides the highest image quality, but the sound quality is not always consistent with what we see, – said the representative of Belkin Nate Kraft. – Thunderstorm Handheld Home Theater implements a powerful, immersive sound, which lacks the iPad, and now you can enjoy a rich and full sound the way it was intended. “

According to the manufacturer, Thunderstorm Handheld Home Theater highly different diffusers that provide a rich and high-quality sound. Bass reflex speaker design delivers the most realistic and dynamic sound field.