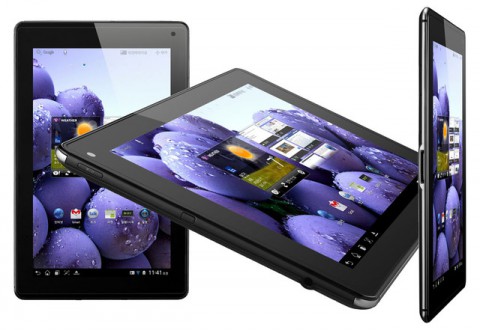 No one will argue that LG produces excellent smart phones, but the plates at the South Korean manufacturer went wrong from the start. Released back in 2011 LG Optimus Pad is not earned fame, but in spite of that, LG does not lose hope to return to the market “tablets.” This is hard approve the rumors are probably not less than six months – have only recently come from unofficial sources of information that the company may become a manufacturer of Google Nexus 7 of the third generation. Like it or not, we do not know, but the fact that LG is already testing two new tablet that is not in doubt.

We are talking about devices with model numbers and LG V500 LG V507L, which have been certified organization Bluetooth SIG. It is easy to see that these designations overlap with the model number of the aforementioned Optimus Pad, which was also known as the LG V900. Unfortunately, no information about what it will be for gadgets, and what will get the stuffing of documents on the site Bluetooth SIG unable to learn, but we dare to suggest that it will be one tablet in different versions, possibly with LTE support, and without it.

As long as we do not know when the device can be presented formally, but if LG does not decide to hold a separate presentation, most of all, the new company will have tablets at IFA 2013, before which the left is less than a month.