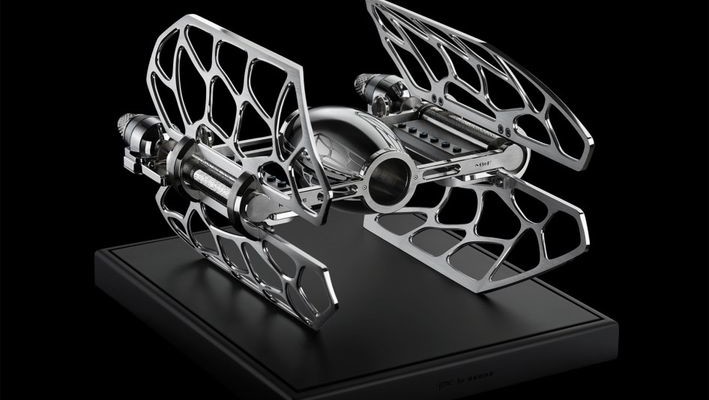 It would seem, who now need music box? Their popularity petered out a decade ago (if not more). However, those pieces are still produced.

Far beyond the examples do not have to walk. The designer named Maximilian Bussero created music box MusicMachine 3. The machine is a device that operates on the principle centuries ago.

The device differs from the old-fashioned counterparts? Unique design. Looks “music box” as a fighter TIE Fighter from “Star Wars.” 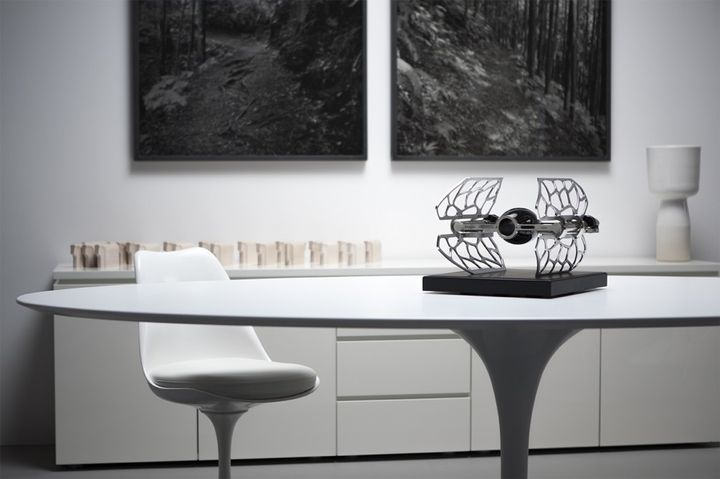 The similarity is not accidental – the author really inspired the cult science fiction saga.

With regard to the right of the cylinder, it allows you to hear The Persuaders, The Godfather, as well as Merry Christmas, Mr. Lawrence. 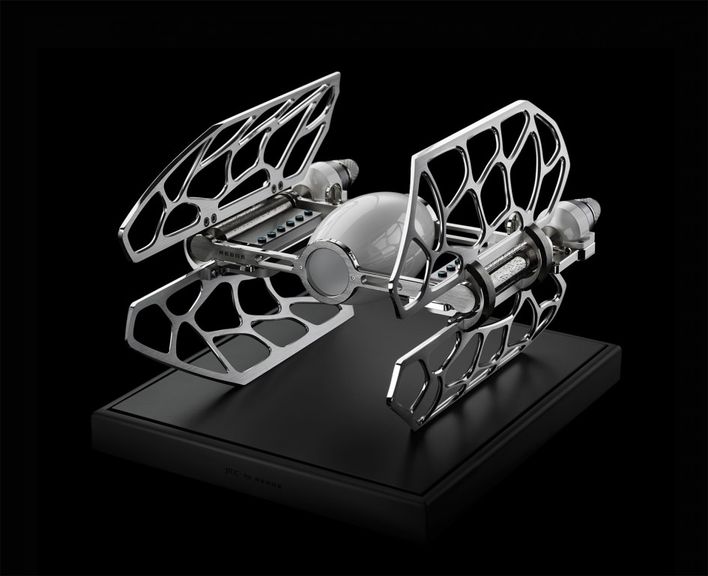 Casket developed with the participation of the Swiss company Reuge. An important detail – completely missing electronic components. No chips, wireless interfaces, and other progress.

At the heart of the design – the classic technology (almost). Pure mechanics.

The price of music box is 18,400 US dollars. Released only 99 copies MusicMachine 3. Exclusive.